That’s why AhaSlides are giving you 125 questions and answers for a pop music quiz, including two free quiz templates for 50 questions. So, what kind of pop music are there?

Check out the questions below and the free software you can use to boost engagement and fun, as Ahaslides is the perfect online quiz creator for you!

Or, you can pick randomly the Pop Music Quiz you love by using AhaSlides Spinner Wheel

Check out: Why Pop Music is so hot nowadays?

Looking for more free quiz templates like the ones above? We’ve got a bunch! Check out our 2023 Holiday Specials!

Click below to play a demo of the pop music image quiz, then download all 25 questions for free! 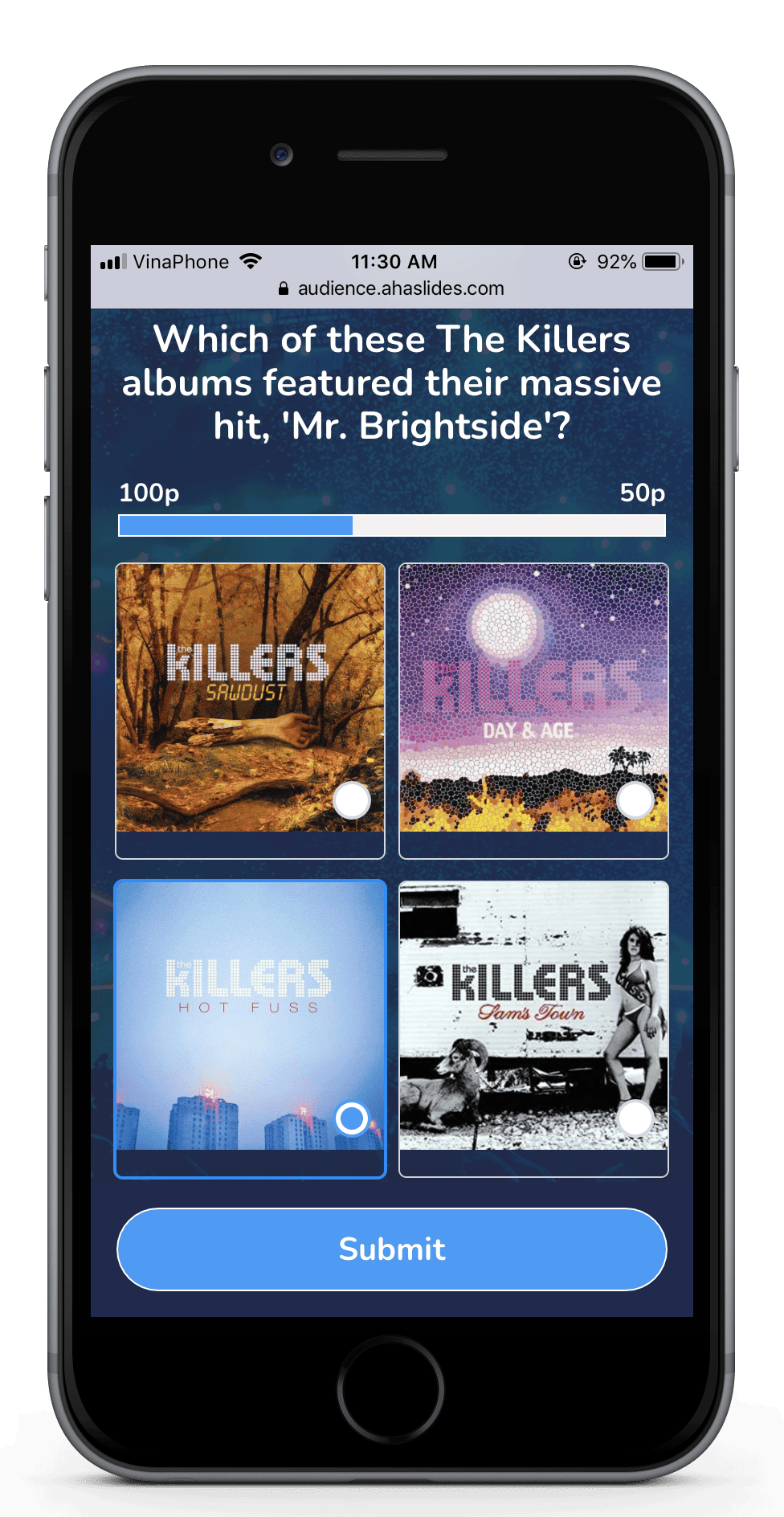 Host for your friends!

Check out 25 audio questions on AhaSlides. Click the button to play a demo.