Looking for Best Alternatives to Powerpoint? Some revolutions happen in an instant, others take their time.

The PowerPoint revolution most definitely belongs to the latter. Despite being the world’s most-used presentation software (89% of presenters still use it!), the forum for dreary speeches, meetings, lessons and training seminars, is dying an incredibly slow death.

In the modern day, its formula of one-way, static, inflexible and ultimately unengaging presentations is being overshadowed by an expanding wealth of alternatives to PowerPoint. Death by PowerPoint is becoming the death of PowerPoint; audiences simply won’t stand for it any longer.

Of course, there are presentation software other than powerpoint. Here, we lay out 3 of the best alternatives to PowerPoint that money (and no money) can buy. These three are the best in 3 distinct fields of presentations: fun + interactive, visual + non-linear and simple + quick

Why Try Alternatives to PowerPoint?

If you’re here of your own accord, you’re probably well-versed in the problems of PowerPoint.

Well, you’re not alone. Actual researchers and academics have been working for years to prove that PowerPoint. Whether that’s just because they’re sick of sitting through 50 PowerPoints in every 3-day conference they attend, we’re not sure.

If you’ve ever had a presentation fall on deaf ears, you’ll know it’s a complete confidence destroyer. Seeing rows of people clearly more engaged with their phone than they are with your presentation is a horrible feeling.

Engaged audiences are audiences who have something to do, which is where AhaSlides comes in.

AhaSlides is an alternative to PowerPoint that allows users to create interactive, immersive, presentations. It encourages your audience to respond to questions, contribute ideas and play super fun quiz games using nothing but their phones.

A PowerPoint presentation in a lesson, team meeting or training seminar might be met with a groan and visible distress on the younger faces, but an AhaSlides presentation is more like an event. Chuck a few polls, word clouds, scale ratings, brainstorm sessions, Q&As or quiz questions directly into your presentation and you’ll be amazed at how much of your audience is completely tuned in.

Like most great alternatives to PowerPoint, AhaSlides works 100% offline, online or in a hybrid situation. Unlike most, however, AhaSlides has a super generous free plan and the market’s most affordable paid plans for audiences of more than 7! 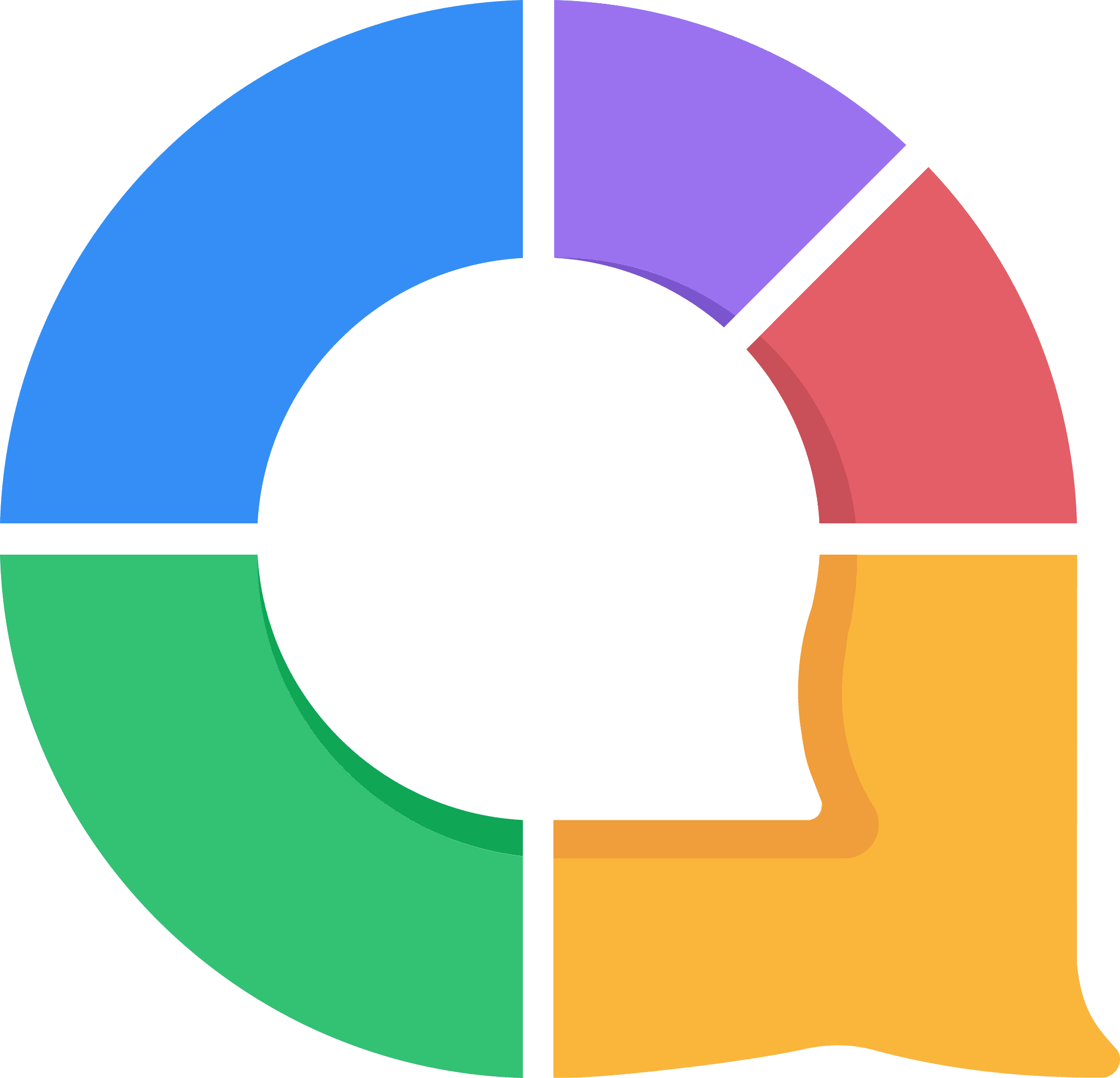 AhaSlides’ top feature helps long-term PowerPoint users break ties with the software like powerpoint, in a seamless, harmless, “it’s not me, it’s definitely you” kind of way.

Users of AhaSlides, even on the free plan, can import their PowerPoint presentation directly. From here, they can trail some interactive slides throughout their presentation, so that when audiences stay engaged with the content by submitting responses to live polls, brainstorms, word clouds, full quiz games and beyond.

Unlike other alternatives to PowerPoint, there’s no limit on the amount of interactive slides you can integrate into your presentation. So, if you want 4 interactive slides to every 1 PowerPoint slide you make, no one’s going to stop you (not least your interaction-craving audience!)

💡 Want to make your PowerPoint interactive? Check out our guide on how to do that in under 5 minutes!

If you’ve never used Prezi before, you might be confused as to why the picture above seems to be a mockup image of a disorganised room. Be assured, this is a screenshot of a presentation.

Much has been written about Prezi when it comes to alternatives to PowerPoint. In fact, Prezi is one of the longest-running advocates of the new way of presenting, which focuses on clear, attractive visuals rather than a tedious torrent of text.

And it’s something that Prezi does very well. Prezi puts visuals at the very centre of its presentations and helps users shape their content around things that are nice to look at, which probably goes without saying, is a big step up from walls of words in 6-point font.

Prezi is an example of non-linear presenting, meaning that it does away with the traditional practice of moving from slide to slide in a predictable one-dimension fashion. Instead, it gives users a wide open canvas, helps them build topics and subtopics, then connects them so that every slide can be viewed by clicking from the central page:

For intermittent presenters who just need a good alternative to PowerPoint for a few presentations, the 5 allowed on Prezi’s free plan is enough. However, those who are looking to engage audiences on the regular, with access to features like PowerPoint import, offline-friendly desktop app and privacy controls will have to shell out at least $14 per month ($3 per month for educators and students) – not a princely sum by any means, but higher than some other software similar to PowerPoint. Therefore, AhaSlides is the best free alternatives to Prezi

A big plus point for Prezi is that a subscription to its presentation services also gets you two more services – Prezi Video and Prezi Design. Both are good tools, but the star of the show is Prezi Video.

Prezi Video has a very keen eye on the future. Both virtual presentations and video media are on the rise, and Prezi Video matches both intents with a simple-to-use tool that helps you illustrate your spoken presentation with slick visual effects and images before you record it.

What it lacks is the ability to easily add graphs, infographics, or anything else that might help you visualise a point. Still, that particular slack is picked up by Prezi Design, which focuses on simple graphic design to create the kind of colourful data visualisation you might want to add into your presentation.

One con to all of this is that it’s easy to spend so much time flitting between the 3 bits of software that at the end of 5 hours, you might have only created one very visually indulgent slide. The learning curve is steep, but it’s fun if you’ve got time to invest.

Sometimes, you don’t need the Prezi-level complexity of 3 full suites to create one presentation. When you’ve got the confidence to present with your voice, all you need for support is a background and a bit of text.

That’s Haiku Deck. It’s a stripped-back alternative to PowerPoint that doesn’t overbear its users with features. It works on as simple a principle as picking an image, picking a font and combining both into a slide.

The vast majority of presenters simply don’t have time to spend creating a full deck of slides that look beautiful and transition more beautifully still. Haiku Deck fits the huge group of professionals who want nothing more than a library of templates, backgrounds and images, as well as the means to embed YouTube and audio clips and see analytics once a presentation is done.

For such no-frills software, you’d be forgiven for expecting a no-frills price tag. Well, Haiku Deck might cost you more than that – it’s a minimum of $9.99 a month. Not too bad in itself, but you’ll also be locked into an annual plan and can’t even register for the free trial without entering your card details.

Another downside to Haiku Deck is that you might also find the features to be as inflexible as the pricing structure. There’s not a lot of room for customisation, meaning that if you don’t like one element of a background (say, the shading or the opacity), you’ll have to ditch the whole thing and go with another background entirely.

A final gripe we have is that Haiku Deck seems really intent on making you sign up to a paid account. The option to sign up for free is buried right down in the depths of the pricing page, and the free plan is limited to just a single presentation.

Haiku Deck’s “best feature” is actually a combination of 2 features that make up one great idea: takeaway presentations.

As the presenter, you can first use the audio feature to either record your presentation or to upload a prior recording of it. You can attach these to each individual slide to make a fully narrated presentation without the need for you to present it live.

After you’ve recorded it all, you can use the save video feature to export your narrated presentation as a video.

This may seem quite a bit less engaging for an audience, but it’s highly convenient for simple webinars and explainer videos. The drawback is that this is only available on the pro account, which costs a minimum of $19.99 per month. For that money and the time you’ll spend earning it, you’re maybe better off using Prezi.

Like we said at the start, the PowerPoint revolution is going to take a few years.

Amongst increasingly impressive alternatives to PowerPoint like AhaSlides, Prezi and Haiku Deck, each offers its own unique take on the ultimate presentation software. They each see the chink in the armour of PowerPoint and offer their users a simple, affordable way out.

More on the AhaSlides Alternatives

Your subscription could not be saved. Please try again.
You're good to go.
Tags: Alternatives

Free Alternatives to Google Forms (Revealed for 2023)
Top 5 Free Online Quiz Makers to Energise your Crowd (2022 Revealed!)
10 Best PowerPoint Add-ins for 2023
How to create a Word Cloud in PowerPoint (No Downloads!)