If you want to dazzle your mates and act like a computer wizard, use an online interactive quiz maker for your virtual pub quiz. When you create your live quiz on one of these platforms, your participants can join in and play with a smartphone, which is honestly quite brilliant.

For any of you who wants a ready-to-go quiz to play with your friends and family, we got you covered. We’ve made a Friends TV series template below; just click the button to get it! 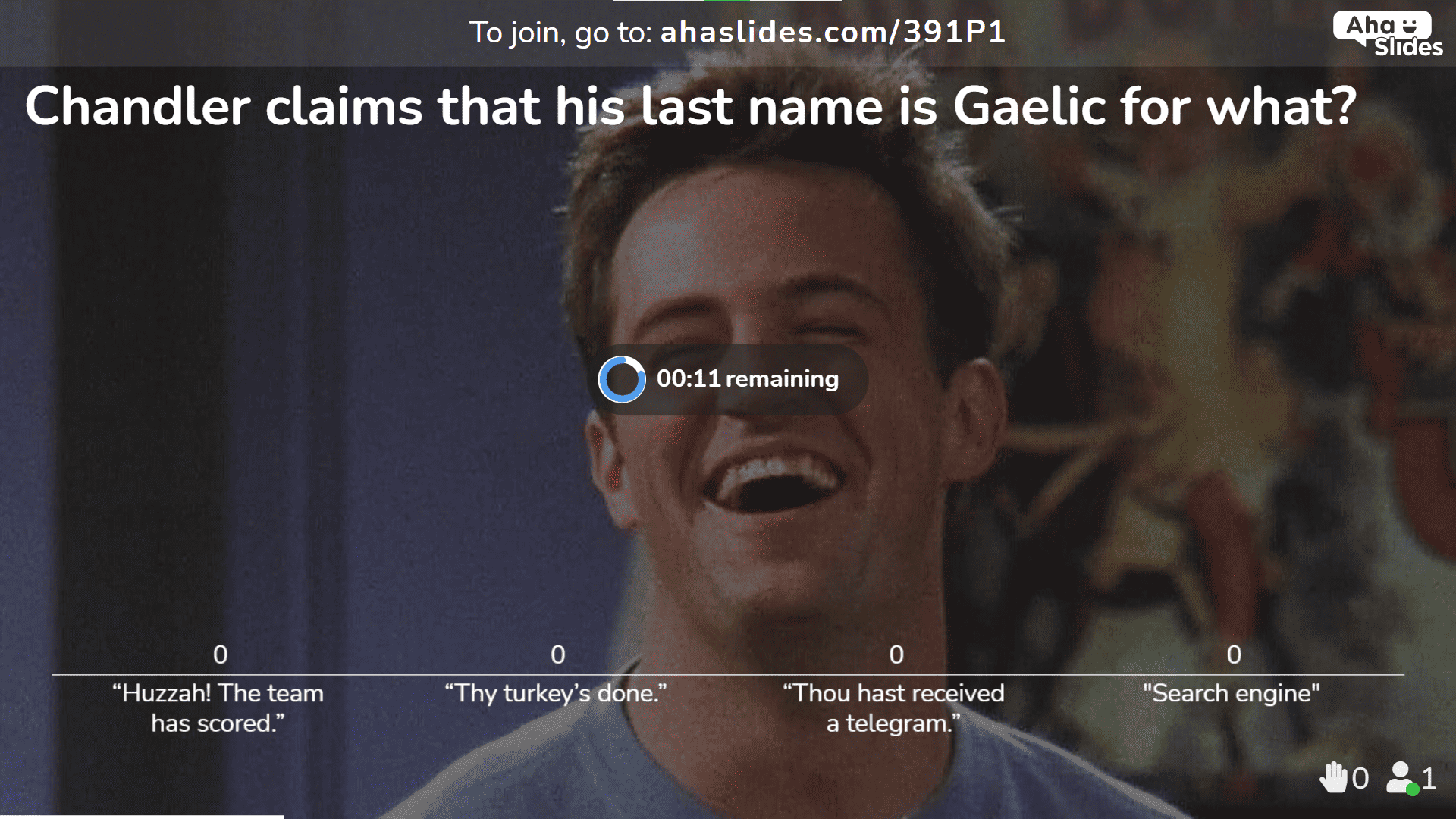 Download the Friends quiz template on AhaSlides for free! Host the live quiz for your friends or at a pub quiz.

Make Your own Quiz with AhaSlides

Your subscription could not be saved. Please try again.
You're good to go.
Join our community
Tags: Pop Culture QuizzesTriviaVirtual Pub Quiz Live

50 Star Wars Quiz Questions and Answers for Diehard Fans over a Virtual Pub Quiz
20 Multiple Choice Football Quiz Questions for Mega Fans (+ Template)
10 Pub Quiz Round Ideas to Challenge Your Friends and Family
True or False Quiz: How to Make + 40 Questions to Use