When was the last time you were genuinely excited to fill out a survey?

Like most people, your answer to that question is probably ‘never’. Surveys are long and boring, right? Well, not really, that’s just the Google Forms effect.

It turns out that surveys can be truly interesting and fully engaging. What’s more, when given such a survey, most respondents are motivated to complete it without the 1 in 10,000 chance to win a $5 Pret a Manger voucher.

Welcome to the world of free alternatives to Google Forms. We’ve laid out 3 of the best free form builders to help you break from the mould and start creating forms that dazzle respondents and deliver you responses.

Why get an Alternative to Google Forms?

You can see around an 85% response rate if your survey is ‘well-executed’. That means good design and good logic flow to keep respondents interested and motivated.

We’re sure you have your own gripes with the platform. Banish them with the list of the best 3 free alternatives to Google Forms below!

As a live audience engager for presentations, meetings, lessons and trivia nights, you wouldn’t immediately think that AhaSlides is capable of proving a great alternative to Google Forms. Dig a little deeper, though, and you’ll find a super simple, fun and effective tool for your forms.

The main draw of AhaSlides is the way it can make a form fun to fill out. Not ‘fun’ like how your nan would describe a guided tour of Longstanton Spice Museum, but real fun, the kind you get from one of AhaSlides key features – the quiz.

AhaSlides’ quiz feature lets users create a self-paced quiz for respondents to complete in their own time. Each question in a quiz is scored, and the end of the quiz shows a leaderboard with the score of every respondent. Adding a quiz is a sure fire way to soar your response rates, as well as get valuable insights from your audience’s responses.

Aside from the quiz, you can set up fully customisable slides that cover question types like multiple choice, sliders, word cloud, Q&A etc. Your respondents go through each beautiful looking slide in turn and answer the question in the format offered.

What’s more, AhaSlides is live interactive presentation software. Though you can make your survey self-paced, you can even host one live with your respondents over Zoom!

AhaSlides has one of the most flexible plans amongst all alternatives to Google Forms. There’s a very short list of stuff you can’t do on the free plan:

Possibly the most prominent con is that AhaSlides doesn’t allow for advanced logic flows, like skip logic and branching. It’s possible for respondents to skip questions, but those actions must be taken manually.

For a free-to-use form tool with intuitive design, heaps of room for customisation and largely unique features like quizzes, word clouds and spinner wheels, AhaSlides proves to be one of the most versatile alternatives to Google Forms.

One fact alone makes it stand out above the rest: it’s perfectly possible to have a high-quality form, with unlimited questions, customisation and respondents, for 100% free.

Get more responses with fun forms

Run live and self-paced forms on AhaSlides for free!

👊 Best for: Software that’s similar to Google Forms, but with more customisation.

SurveyLegend‘s claim to be ‘the best question logic creator in the Universe’ may be a little hard to verify. Personally, we’ve never tried a Google Forms alternative from the Andromeda galaxy, but we’re sure SurveyLegend stacks up pretty well.

It’s one of the more traditional alternatives to Google Forms, especially when viewed after AhaSlides. It’s got one function – to help users make varied surveys – and it does it well. It falls a little flat in the fun department, but if you’re looking for something conventional, SurveyLegend offers a wealth of different question types and straightforward interface for both surveyors and surveyees.

SurveyLegend boasts proudly of its advanced logic features, which are fairly varied and fairly easy to use. Unfortunately, if you want more than one logic flow in a form, you’ll have to shell out for a paid plan.

SurveyLegend is a little restrictive in their free plan, especially when compared to AhaSlides. If you want more than 3 forms, more than 1 logic flow and more than 6 images you’ll have to access the ‘best question logic creator in the Universe’ through the thickest paywall in the Universe.

Aside from its restrictions, another con of SurveyLegend is that it displays all questions on one big page, rather than isolating each question like many alternatives to Google Forms do. This may not be a negative to some, but some of the best free form builders like to show each question one-by-one, to pool respondent focus and boost response rates for forms.

Overall, SurveyLegend stands up as a decent Google Forms alternative. It works in a similar manner, but has a greater degree of logic flow variation and customisation, even though you have to pay for both. Still, it’s got great analytics and an easy-to-use interface, so it could very well be worth a shout.

👊 Best for: Great-looking forms for very small groups of respondents.

For many, Typeform is considered the alternative to Google Forms. It’s sleek and professional, and it has a tonne of features that you’d struggle to find elsewhere.

Beyond one-dimensional surveys, Typeform lets you create ‘typeforms’ for use cases not thought of by many in the business of form building. You can make one for feedback, research, lead capturing, registration, quizzes and so much more. Of course, you can do this on any platform like Google Forms, but the difference here is that Typeform helps you figure out what should be included in each use case through a comprehensive library of templates.

Each template comes with a beautiful look and feel, all of which is customisable to a dizzying degree. There are 1000s of images to pick from the integrated Unsplash library, about 100 fonts to choose from, essentially limitless colour range that can be used differently across questions, answers, buttons, button text and background overlay.

Outside the customisation and ease of use, Typeform has some really in-depth logic flow features. These are pretty advanced, so they take some time to get used to, but the logic map helps you visualise exactly what’s going on with your flow, so you don’t lose track of the form.

Sounds good? Well don’t get too comfortable, here’s the BIG caveat: the free plan only allows you to collect a paltry 10 responses per month. This makes the free plan, for everything but the smallest scale forms, essentially just one big advert for a paid plan.

We mentioned that SurveyLegend has a bit of a stricter free plan of the Google Forms alternatives, but Typeform’s is downright stifling. At first glance, it seems like a very lenient free plan with the vast majority of its huge trove of features included. But, like we mentioned, the maximum allowance of 10 responses per month makes the free version of Typeform rather useless in most cases.

Typeform is a fairly decent free alternative to Google Forms, if not for the free plan itself, which is limited, but in showing you the potential of a professional form builder that very well may be worth shelling out for.

If you’re looking for a free alternative to Google Forms in order to test the waters before diving into the world of form builders, Typeform is a great choice.

If you’re looking to replace your dependency on Google, you’ve now got 3 free alternatives to Google Forms to choose from. Each offers something a little different depending on the types of forms you want to create:

Give your respondents excitement and engagement with AhaSlides. 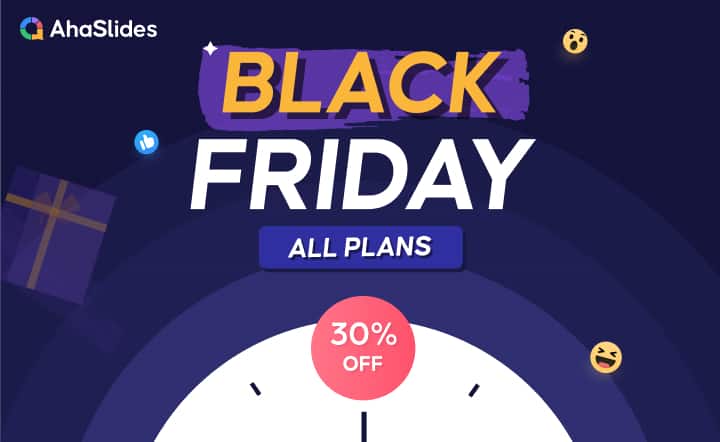