There’s really no debate here; student debates are one of the best ways to encourage critical thinking, engage students and put learning in the hands of the learners.

Here, we take a dive into the world of classroom debating. We look at the benefits and various types of student debates, as well as topics, a great example and, crucially, how to set up your own fruitful, meaningful class debate in 6 simple steps.

Regular debating in class can profoundly shape both personal and professional aspects of a student’s life. Here are a few of the ways in which having meaningful class discussions can be a seriously worthwhile investment in students’ nows and their futures:

6 Steps for Holding a Student Debate

Naturally, the first step to holding a school debate is giving them something to talk about.The scope of topics for a class debate is virtually unlimited. You can provide any statement, or ask any yes/no question, and let the two sides go at it.

Still, the best topic is the one that splits your class as close to down the middle as possible. If you need some inspiration, we’ve got 40 student debate topics down here.

A great way to choose the perfect topic is by gathering preliminary opinions on it within your class, and seeing which one has a more-or-less even number of students on each side:

Though a simple yes/no poll like the one above may do, there are many other creative ways to determine and set up the topic for your students to discuss:

Free Download! ⭐ You can find all of these questions in the free AhaSlides template below. Your students can answer these questions live via their phones, then see visualised data about the whole class’ opinions.

Step #2 – Create the Teams and Determine the Roles

With the topic in the bag, the next step is to form the 2 sides who will be discussing it. In debating, these sides are known as the affirmative and the negative.

Actually, 2 sides are the bare minimum you need. If you have a large class, or a sizeable number of students who aren’t fully in favour of the affirmative or the negative, you can expand the learning potential by expanding the numbers of teams.

Tip #1 💡 Don’t punish fence-sitters. While one of the reasons to have a student debate is to make learners more confident in voicing their opinions, there will be times in their lives when they’re genuinely in the middle-ground. Let them occupy this stance, but they should know that it’s not a ticket out of the debate.

The rest of your class will comprise the judges. They will listen to each point in the debate and will score each team’s overall performance depending on the scoring system you set out later.

As for each speaker’s roles in their teams, you can set these how you like. One popular format amongst student debates in class is the one used in British parliament:

This involves 4 speakers on each team, but you can expand this for larger classes by assigning two students to each role and giving them one point each to make during their allotted time.

Step #3 – Explain How it Works

There are 3 crucial parts of a student debate that you have to make crystal clear before you begin. These are your barricades against the kind of anarchical debate you may experience in the actual British parliament. It’s the structure, the rules and the scoring system.

A student debate, first and foremost, needs to have a solid structure. It needs to be lateral, so that no one can talk over each other, and it needs to allow adequate time for learners to make their points.

Check out the structure of this example student debate. The debate always starts with Team Affirmative and is followed by Team Negative

Tip #2 💡 The structures of a student debate can be flexible while you’re experimenting with what works, but should be set in stone when the final structure has been decided. Keep an eye on the clock and don’t let speakers overstep their time slot.

The strictness of your rules really depends on the likelihood that your class will dissolve into politicians upon hearing the opening statements. Yet, no matter who you teach, there will always be overly vocal students and students who don’t want to speak up. Clear rules help you level the playing field and encourage participation from everyone.

Here are some you’ll probably want to use in your class discussion:

Though the point of a classroom debate is not really to ‘win’, you’ll probably find that the natural competitiveness of your students demands some kind of points-based placation.

You can award points for…

Of course, judging a debate is never a game of pure numbers. You, or your team of judges, will have to bring out your best analytical skills to score each side of the debate.

Tip #3 💡 For debate in an ESL classroom, where language used is much more important than points made, you should reward criteria such as different grammar structures and advanced vocabulary, while you can also deduct points for using native language.

Step #4 – Time to Research and Write

Everyone clear on the topic and the rules? Good! It’s time to prepare your arguments.

On your part, what you have to do here is set the time limit for the research, lay out some predetermined sources of info, then monitor your students to be sure that they’re staying on-topic.

Not only should they research their points, but also brainstorm possible rebuttals from the other team and decide what they would say in response. Likewise, they should anticipate their opponents’ points and think of rebuttals in advance.

While your teams are finalising their points, it’s time to get ready for the show.

Do your best to recreate the atmosphere of a professional debate by arranging tables and chairs to face each other across the room. Usually, the speaker will stand on a podium in front of their table and will return to their table when they’re finished talking.

Naturally, if you’re hosting a student debate online, things are a little tougher. Still, there are a few fun ways to differentiate the teams on Zoom:

Remember that this is your students’ time to shine; try to butt in as little as possible. If you have to speak, make sure it’s just to keep order amongst the class, or to relay the structure or scoring system.

Cap the debate by scoring each team on the criteria you laid out in the scoring system. Your judges can fill out the scores of each criteria throughout the debate, after which the scores can be tallied and the average number across each criterion will be the team’s final score.

Tip #4 💡 It may be tempting to jump straight into a deep analysis of the debate, but this is best saved until the next lesson. Let students relax, think over the points and come back next time to analyse them.

The structure above is what is sometimes referred to as the Lincoln-Douglas format, made popular by a series of fiery debates between Abraham Lincoln and Stephen Douglas. However, there’s more than one way to tango when it comes to debating in class:

Need more ways to engage your students? 💡 Check out these 12 student engagement ideas for the live and online classrooms!

Looking for some inspiration to bring your debate to the classroom floor? Take a look through these 40 student debate topics below and take a vote with your students on which to go with.

School Topics for a Student Debate

You may want to give a selection of these debate topics to your students, who will have the final say on which one to take to the floor. You can use a simple poll for this, or ask more nuanced questions about the characteristics of each topic to see which one the students are most comfortable discussing.

Poll your students for free! ⭐ AhaSlides helps you put students at the centre of the classroom and give them a voice through live polling, quizzing and idea exchanging. In terms of raising student engagement, there’s really no debate.

We’ll leave you with one of the absolute best examples of student debates from a show on Korean broadcasting network Arirang. The show, Intelligence – High School Debate, has pretty much every facet of a wonderful student debate that teachers should aspire to bring to their own classrooms.

Tip #5 💡 Manage your expectations. The kids in this program are absolute pros, and many of them debate eloquently with English as their second language. Don’t expect your students to be at the same level – basic participation is a good start! 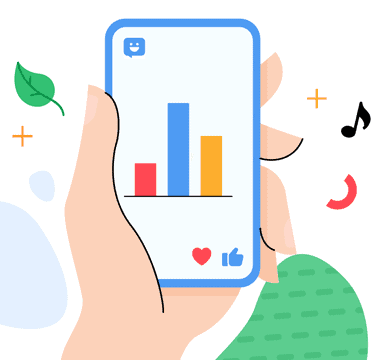 Give Students a Say.

Poll, quiz and grow your class by forming a dialogue. AhaSlides makes classrooms interactive and gives power to students.


Try it for free!

Your subscription could not be saved. Please try again.
You're good to go.
Join our community
Tags: Education TechniquesStudent Engagement - Interactive Classroom Activities

13 Amazing Online Debate Games for Students of All Ages (+30 Topics)
4 Great Virtual Pub Quiz Success Stories and How You Can Hold a Successful Online Quiz Too!
How to Debate for Beginners - Nail your First Debate (7 Steps + 10 Tips!)
50 Unique Topics for a 10-Minute Presentation